A 'Devine' passion for music 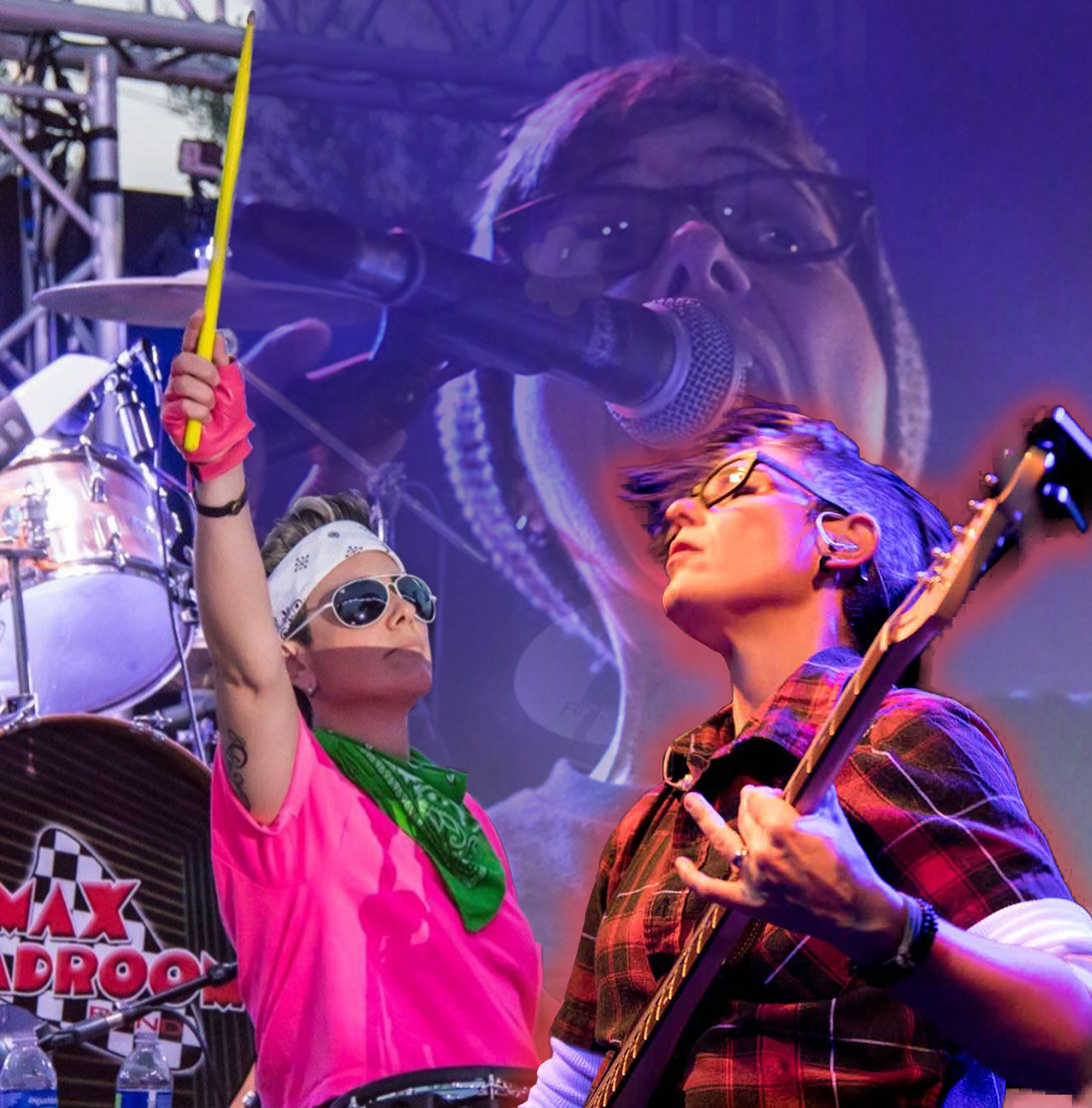 For many teenagers, getting a car is usually the best gift they could receive on their sweet 16th birthday, but not for Lauren Devine.

Her father bought her a cheap electric guitar from a local pawn shop, and from that day forward her passion for music has never pressed pause.

“I immediately joined the guitar class at school, and since I was the only kid with an electric guitar, I was automatically put in the jazz choir class assigned to play guitar,” she said. “At the time, I hardly knew how to play.”

Before the school year was over, she was playing with her group at jazz festivals, covering for other students on bass, drums and singing alto and harmony as needed.

“That same teacher also utilized me for various musicals as a pit musician on guitar or drums, even after I had graduated from high school,” she said.

Devine was crowned “most musical” during her senior year in high school and she received the “jack of all trades” award from her music teacher — his version of most musical.

She received a bachelor’s degree in music from California State University, Stanislaus. Her performance instruments were classical guitar and singing mezzo/alto, with a concentration in music composition.

Today, in addition to being a team lead and user experience/user interface (UI/UX) designer at LLNL, she plays in four bands throughout California and the West Coast. Her musicianship has taken her far, including a tour of Italy with a chamber choir where they performed at the Vatican and at St. Mark’s Basilica
in Venice.

Most of Devine’s musical focus is on playing for ’80s and ’90s tribute bands. Although she prefers performing covers from these two decades, she also plays other types of music and genres as well.

Currently, her primary band is Flannel, a ’90s alternative rock and grunge tribute band, where she performs lead female vocals and plays rhythm guitar and keyboards.

Her second main band is Flock of Seagirls, a “Ladies of the ’80s” tribute band. She plays rhythm guitar and keytar.

Devine gets her inspiration and energy from the crowd. “They inspire me to perform,” she said. “I love the energy they bring when we play songs they love.”

While performing, her focus is on paying tribute to great musicians, creating a fun environment for everyone and reminding the audience to tip their bartenders. “We try not to get political on stage,” she said. “Our audiences are diverse and we’re all just there to have a good time.”

Devine’s musical inspirations are just as diverse as her instruments and abilities. Some of her favorites include Nirvana, Alanis Morrissette, Muse, Lady Gaga, Madonna, Smashing Pumpkins, The Killers, Erasure, Samuel Barber, Eric Whitacre, Bach and Mozart.

When the band decides which songs they want to learn, a due date is set for a particular rehearsal, and members of the band are expected to come prepared.

To learn new songs, Devine looks to YouTube tutorials and any available music charts or tablatures. She listens to the professional recordings of the songs and any isolated instrument tracks for her part.

If needed, she also will write out the song structure and work to program any guitar, bass, keys and vocal special effects needed for the song. When she has all she needs, she will practice the song repeatedly until it has been committed to memory. At rehearsal, Devine and her band will run the song a few times, pausing as needed to work out any kinks, work on dynamics and provide feedback.

“When the band feels good about how the song sounds, we add it to the set list for the next show and perform it,” she said. “If we have performed a song a few times, live, for different audiences, and we feel like the song isn’t really a crowd pleaser, we may drop it from the set moving forward.”

Performing at a venue near you

To catch a show featuring Devine and her bands, follow their Facebook pages or check their websites to see upcoming gigs. The bands did not perform in 2020 because of the pandemic but are now scheduling
for 2021.