Hooked on the Olympics 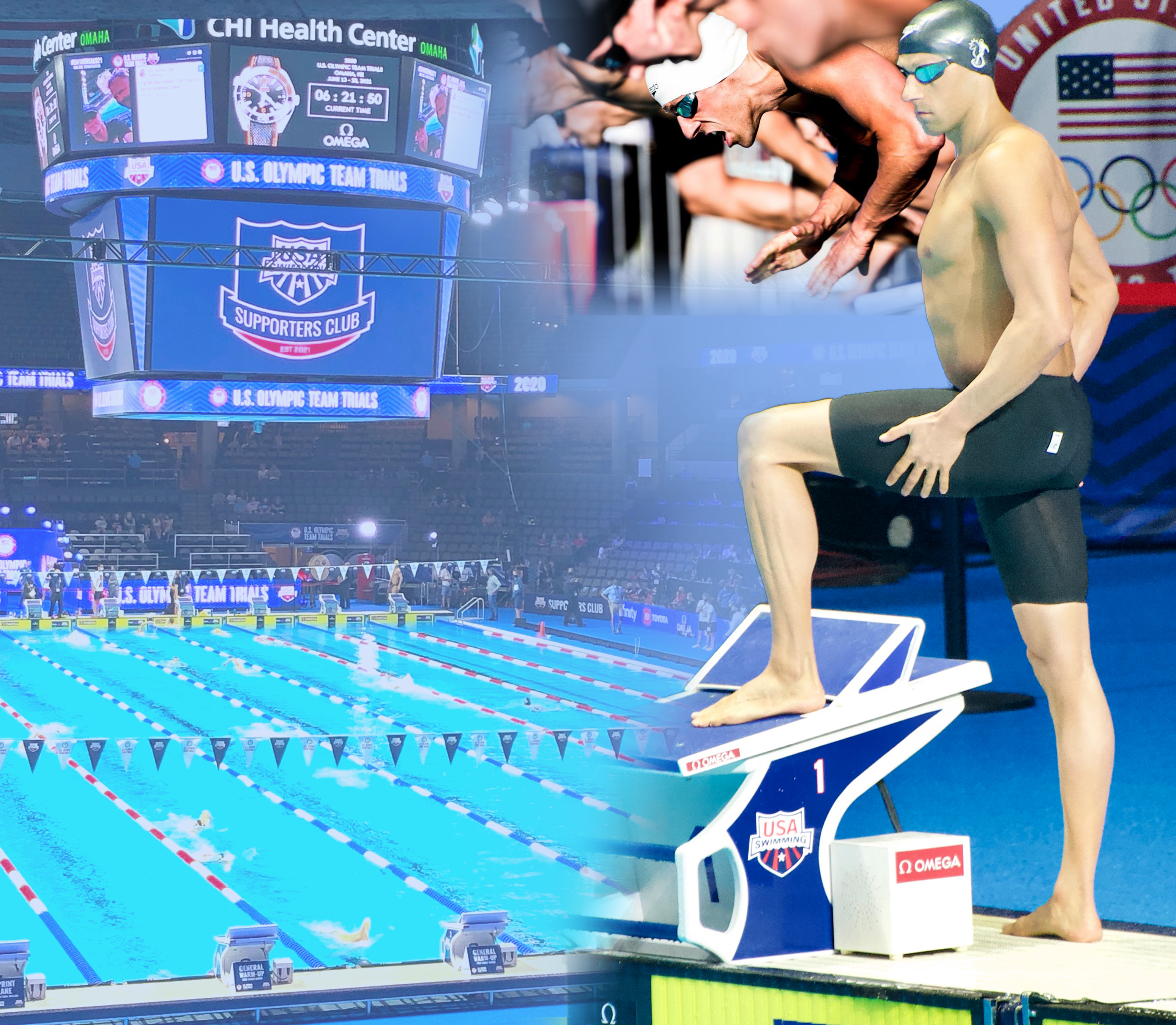 Brandon Fischer’s mother could have never imagined the baby boy that she took to the Laboratory pool for “mommy and me” swim classes would be on the blocks at the Tokyo Olympic Trials 30 years later.

In fact, Fischer, 32, has participated at Olympic trials four times during his swimming career, placing 15th this year in the 100-meter and 200-meter breaststroke events. Despite a strong performance from Fischer, only the top two swimmers advanced to the Olympics.

But Fischer’s story is more about drive and grit than any single swimming competition. He works full-time as a Lab mechanical technologist at the Jupiter Laser Facility and says his regimen in the pool has helped him not only become a more valuable team member but also a better citizen.

“As hard as it is, it’s taught me about how to interconnect,” he said. “It’s given me a good work ethic and work drive. You don’t become a top swimmer in the world and not have a work ethic. It’s taught me a lot of how to do well at work, how I should go out into the world and be a contributing citizen to society.”

On to the trials

As for the most recent Olympic trials, Fischer said his ability to focus when he’s on the blocks is a trait he uses on the job as well. “On the block, It’s like nothing else matters. My perspective goes up. I am immersed on the task at hand and this is what I need to do.”

His training for the most recent trials started as soon as the last trials were over four years ago. He was swimming in the morning, at lunch or in the afternoons while holding down his full-time job. “I was on queue to make a bigger splash,” he said.

When COVID hit, training became much more difficult with pools and gyms closed. He wound up swimming with a resistance band in a friend’s backyard swimming pool and created a makeshift gym in his garage for weight training.

“It was hard to go from something (to train for) to nothing,” the Livermore native said. “It literally was just keeping in touch with the water and keeping active and depending on muscle memory.” That said, he achieved his best time this year in the 100-meter breaststroke event.

In 2019, Fischer had a breakthrough that reinforced his drive to the Olympics: He was the only 30 year old to break one minute in the 100-meter breaststroke event. That time not only earned him a spot on the U.S. national team, it got him noticed.

“Competition is a hard mindset to change because I’ve been built into it,” he said. “It’s still there. Once I get in the water, all gloves are off.”

From guppy to shark

The very first time Fischer stepped in a pool it was at LLNL during those “mommy and me” classes. Every summer, he would advance in swimming lessons. Fischer’s mother Joy and father Richard worked at the Lab at the time and wanted their son to be comfortable in the water.

“They had me enroll for safety so that I wouldn’t drown,” he said, chuckling. “My dad used to swim at lunch. The thing to do was swim at the Lab and do swim lessons. It was the community thing to do; everyone did it.”

“The lessons taught us safety, how to swim, how to stay afloat and be comfortable in the water.”

That comfort immersed Fischer into competition. He became very competitive in swimming at Granada High School. As a senior, he won North Coast Section championships in the 100- and 200-meter individual medley and received an athletic scholarship to the University of Wyoming. During his college years between 2008- 2013, he was an NCAA qualifier in 2012 and earned his bachelor’s degree in fine arts. He returned to the Bay Area in 2015 and attended Las Positas College to earn a technical degree.

He currently holds the national age group records in masters swimming for his age bracket (30-34).

Fischer doesn’t plan on quitting any time soon. With a goal of becoming a scientist, Fischer plans to apply for graduate school at the University of California, Berkeley and study nuclear mechanical engineering, all while holding down his full-time job. He is currently taking a break from his Olympic trial regimen — a 6,000-calorie a-day diet and swimming several hours each day — though he tries to swim 15-30 minutes a day at lunch.

“When I get done with a swim, I feel the endorphins and feel refreshed,” he said. “It’s a great lifelong healthy way of living. It’s helped me perform well at work and it’s allowed me to work better in the pool.”

If he were a water animal, he says he would be a shark. “There’s more to a shark other than they want to bite us. I don’t want to be preconceived or judged. Like a shark, you think of the teeth, but there’s much more below the surface,” he said – just as Fischer is more than just a world-class swimmer.

As for going for it again in 2024, Fischer has a wise mindset.

“Sometimes my head talks me out of things, but my heart says you’re going to do it. I don’t know how I’m going to do it, but I want to go to 2024,” he said. “I want to keep doing this to prove to myself that I can do it. I can make it despite what everyone else says. It’s always going to be there. But it’s nice to have the job because it keeps me sane.”