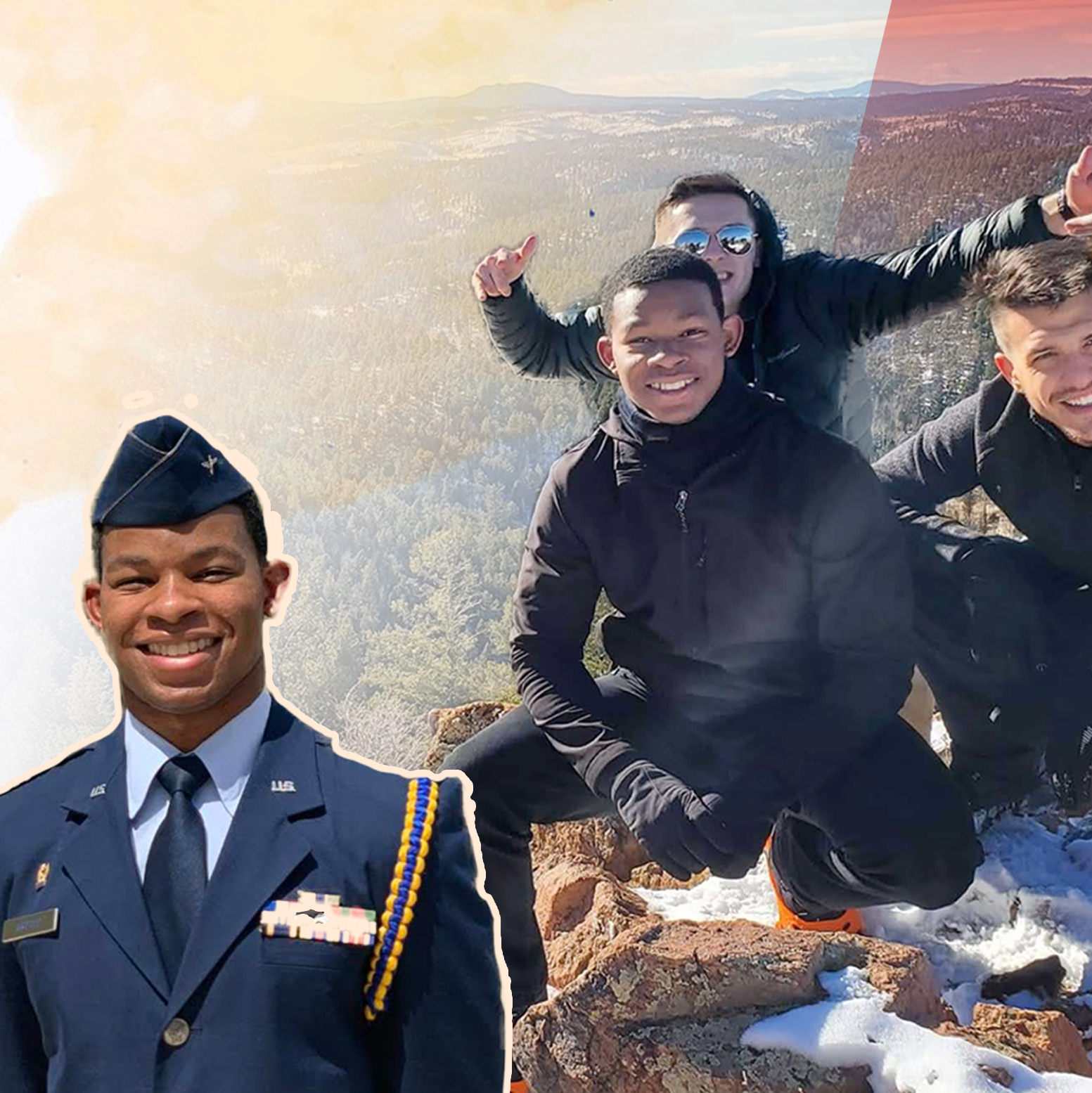 Whether he’s working as an intern on the world’s most energetic laser, leading a national student association or competing in athletics, 22-year-old University of Central Florida senior James Brutus likes to set goals and try to meet them.

As an Air Force ROTC cadet, Brutus will spend the next nine months serving as the national commander of the Arlington, Virginia-based Arnold Air Society, a collegiate student professional development organization.

As the leader of the Arnold Air Society, Brutus’ 2021-22 term runs through April 2022 and his “command” reaches about 2,800 ROTC cadets at 125 universities, including cadets at the Air Force Academy.

“I continue to challenge myself to try new things, as I’ve found that it helps me to develop a mindset that I can accomplish whatever I set my mind to achieve. When I see a new obstacle in my life to overcome, to give myself a bit of a motivational boost, I enjoy looking back at my previous accomplishments.”

For the past six weeks, Brutus, who is seeking a bachelor’s degree in photonics science and engineering, has served as a “virtual intern” for the National Ignition Facility & Photon Science (NIF&PS) directorate.

“It’s been humbling to learn how much there is to know. I’ve been taken aback by how bright and intelligent some of the people are that I’ve worked with. It sets the bar high for where I want to be in the future.”

During his 15-week internship, which concludes Aug. 13, Brutus is part of a team conducting a plasma optics project, using multiple high-power lasers to create a plasma transmission grating. Brutus collects data from completed simulations, behind the scenes, so the team can prep for experimental tests.

The team plans to use a secondary probing laser pulse directed at the plasma profile created by the initial pulses.

Brutus called NIF “amazing,” saying: “I was taken aback by the massive size of the laser system. I would love to be able to see it in operation.”